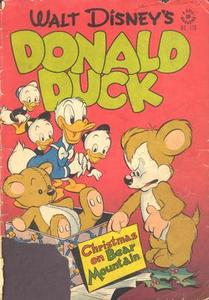 Welcome to the 2020 Christmas Episode of KSCGSF, thank you for joining me on this holiday episode. This time out we’re going to take a journey back to 1947 and look at a legendary and very important comic story, Christmas on Bear Mountain written and drawn by Carl Barks, which has the distinction of being the debut of his creation Scrooge McDuck.

The episode can be streamed through Apple Podcasts, or downloaded directly here: Uncle Scrooge in Christmas on Bear Mountain

This podcast is made for entertainment purposes only, no money is made or derived from this podcast, all characters discussed, songs and sound clips are copyright of their respective owners, and used under fair use, no infringement is intended. Thank you for listening, have a safe and healthy Merry Christ
mas.

Posted by MetropolisKid41 at 7:17 AM No comments: 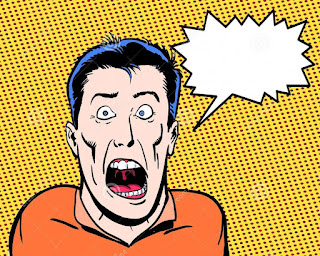 This is a sort of catch all episode. My Comic Book Origin revisited. What I've sorta been doing during the pandemic. Marvel & DC current publishing stuff. What I love. What's in store (hopefully for the rest of December). Stay safe and wear a mask!

You can listen to the rambling madness here: Dec 2020 Let's Get Ready to Ramble

Posted by MetropolisKid41 at 9:28 PM No comments:

Email ThisBlogThis!Share to TwitterShare to FacebookShare to Pinterest
Labels: KSCGSF

As I was prepping to record a new show recently (say what now?!) I was looking for notes I knew I had made for really my gateway to the larger Marvel Universe and Jack Kirby's work, the 3rd book in the Marvel/Fireside Book collection (and my personal favorite), "Bring on the Bad Guys." And then I remembered why I had such extensive notes on it, I wrote an article on it 7 or 8 years ago, first for my Local Comic Shop, a combination coffee & comic shop appropriately named Cup O' Kryptonite. At the time I was living and working in Des Moines area, and my articles, or Retro Reviews as they were called, eventually got posted on the Outhousers Comic Website. These were the days of the New 52 launch, and the Outhousers site was getting ton of digital foot traffic due to their fantastic "How Long Has it Been Since DC Did Something Stupid" clock.

My Local Shop owner, Matt, was a frequent contributor to the site, commenting on buying trends and general industry woes that he was experiencing as a small comic shop owner selling physical comics in an ever changing industry that was migrating more and more product to digital platforms (hey 7-8 years later, shop owners are still trying to deal with this, the more things change...). Anyway, in addition to writing for the Outhousers, he also put out a weekly newsletter/email to all of his pull list subscribers, highlighting what books were supposed to arrive this week, often spotlighting creator owned and Independent/creator own press books, and trying to get his readers to branch out and experience more of what the comics medium had to offer outside of just superheroes from Marvel and DC. And he was very successful at it! It was the peak of comic book reading, never had I been buying & reading more comics than I was during that fateful time (not having kids yet was a major contributor to the flexible time & money I had for such reading endeavors). The shop was fantastic, in fact, they got a 3rd place finish in DHP #10 Release Party, meaning I got a cover of Thomas Yeates' Tarzan variant cover for Dark Horse Presents #10, signed by Mike Richardson, for free! Sweet! (Richardson Comes to Your Store Finals)

Anyway, back to the weekly newsletter. Matt was constantly trying to get his readers to branch out to new stuff, but some people just love their superheroes, and weren't looking to venture into some of the deeper themed books available from Avatar, Image, Vertigo, etc. So with a growing number of customers who likewise had a growing amount of discontent for the material published by Marvel & DC, Matt was looking for something to re-engage those readers and keep their business. So I pitched him the idea of a retro review, where I write something each week to spotlight a classic run, that is available in trade or hardcover, that these discontented readers could dive into and enjoy in lieu of the monthly superhero offering from the Big 2 that no longer grabbed them. Thus Kyle's Retro Reviews were born. Matt went on to share these with his editor at The Outhousers, who in turn loved the idea, and thus, they soon popped up there as well! This was a short term thing, as that editor soon left the site, but those articles remain there for eternity to read, and thus, they are linked below!

I'll probably also take those and repost them here in their own subsequent posts, just as an archive of my writing from 2011-2013ish, should that site ever go down or choose to eliminate them. The Outhousers is already down from a no more new content since, their archive search feature is not great, so I'm already having issues locating all of the reviews of mine that they originally ran, so definitely some value added in making them their own posts. Anyway, here's what I could find. Enjoy!

Posted by MetropolisKid41 at 9:14 PM No comments: