If you like over-sized comics with extra page counts, then you're in luck, join me your host, Kyle Benning in for the eighth episode of King-Size Comics Giant-Size Fun, where I review the giant 64 page DC Special #12 from 1971, which reprints 6 classic stories starring Viking Prince, Silent Knight, the Golden Gladiator, and Robin Hood from the early days of DC's Brave and the Bold title. In this episode I once again return to recording in my car, despite the chilly mid-20's temperature outside, so it only seemed right that I cover an issue featuring the adventures of the Viking Prince scaling the walls of the high cliffs overlooking the icy fjords of 10th Century Norway. 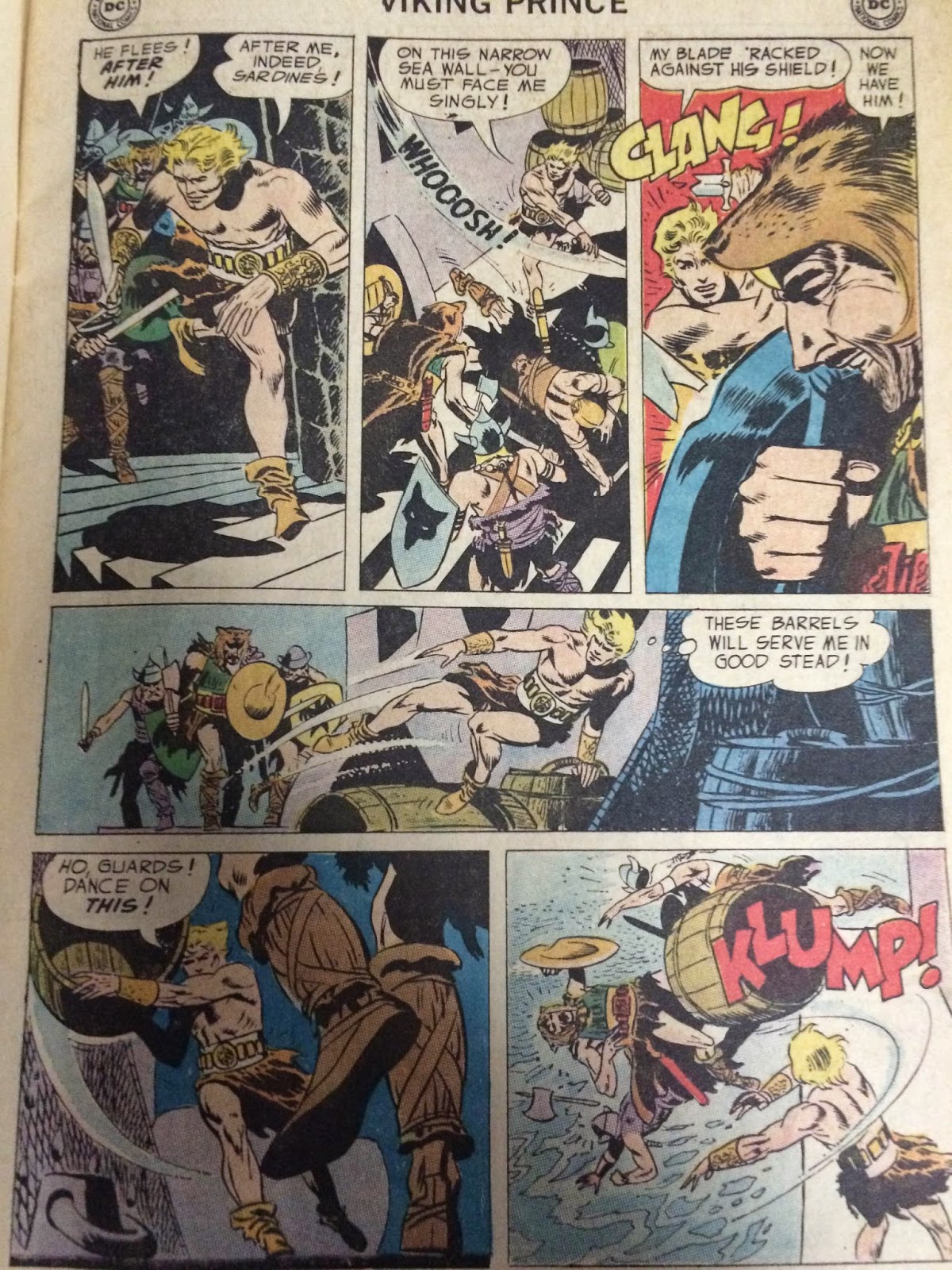 As always, you can subscribe to the podcast on iTunes, or download the episode directly here: King-Size Comics Giant-Size Fun Episode 008. 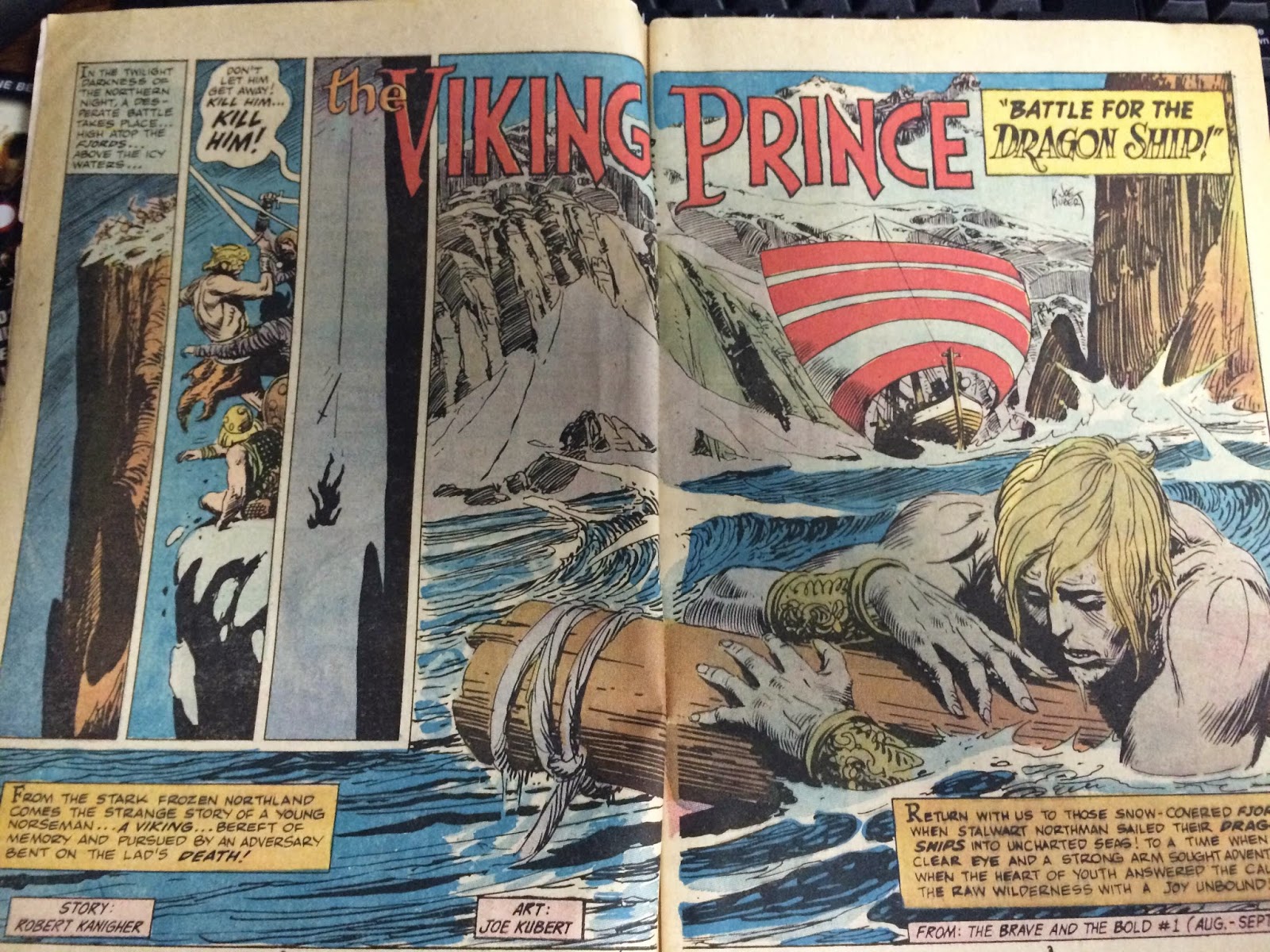 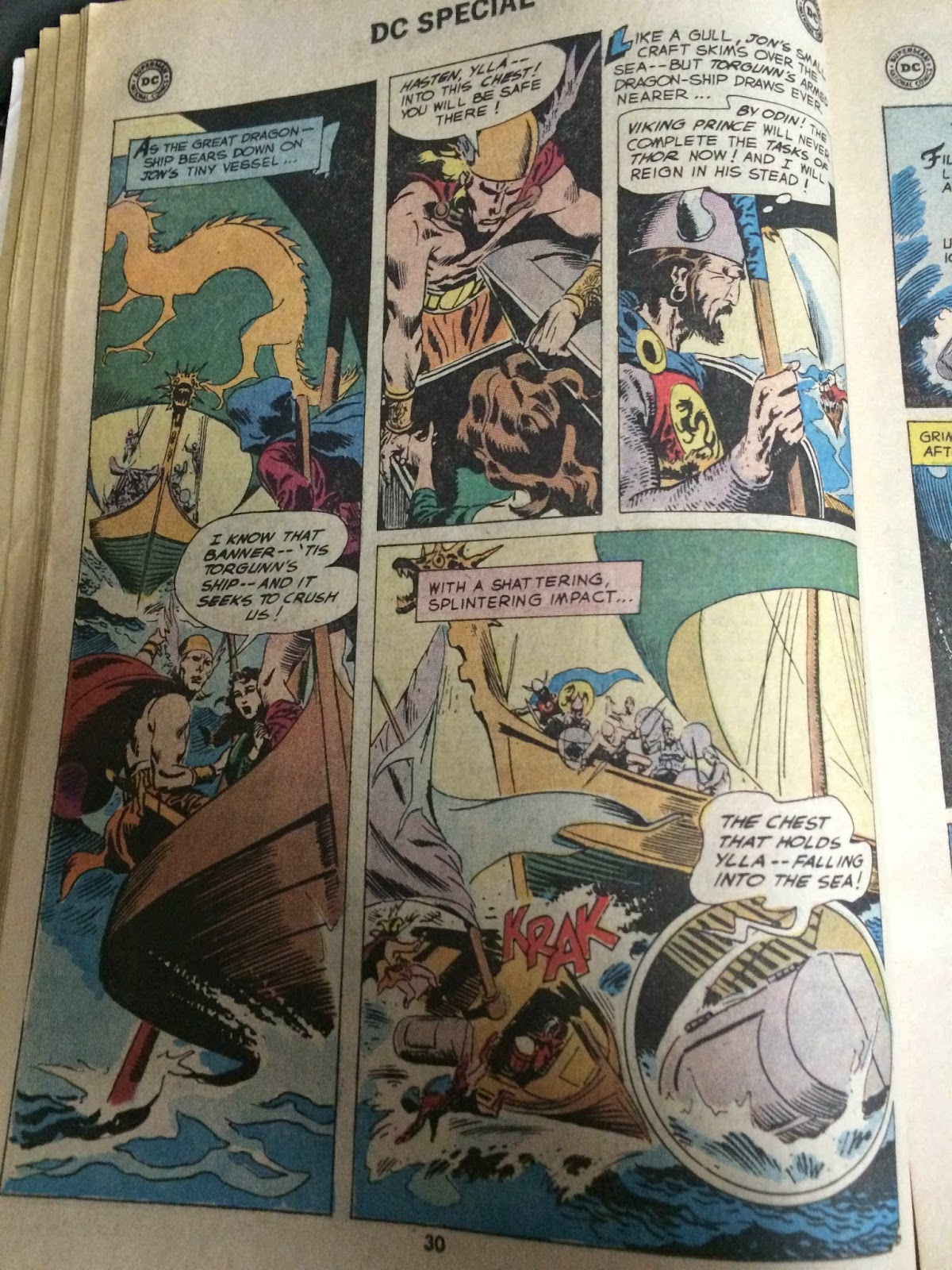 DC Special was a series that started in 1968 as a series of, as the title implies, special reprint issues, typically containing 64 pages of content. Some issues were tributes to specific creators like Carmine Infantino or Joe Kubert, others were issues reprinting stories from the same genre or gimmick concept, like strange sports stories and tales of heroes battling gorillas. The series lasted 26 issues with this extended page count reprint format, before devoting its last 3 issues to telling new stories that didn't have a home in any of the other currently monthly titles that DC was publishing.

On the right you can see how revolutionary and ahead of the curve Joe Kubert's panel layouts were for the time. These page compositions very much look like something from a Bronze Age or Modern Age comic page, but these were from the mid 1950's! Compare that to the layouts of Irv Novick below, which are still very detailed and great pieces of art, but follow the page composition indicative of most other DC comics on the stands at the time. Novick's panel layouts are very much the "house style" for laying out pages that DC used in most of their comics during the 1950's. 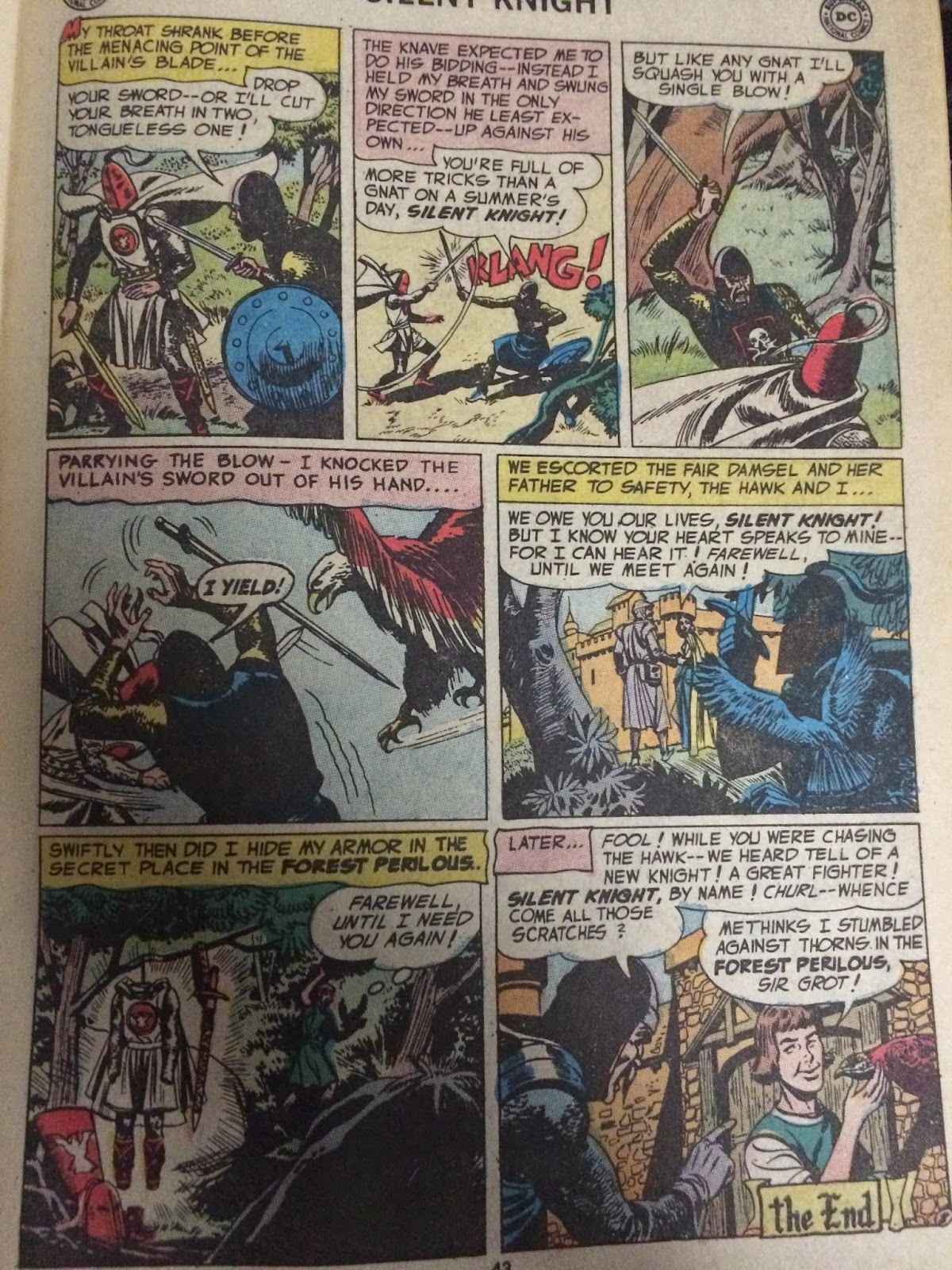 As always, you can leave feedback for the podcast here at the blog, by leaving a review on iTunes, or by sending me an email directly at kylebenning41@yahoo.com.

And finally we have the house ad I mentioned during the episode, it is the blandest House Ad for other DC Comics that I've ever seen. It clearly looks like they missed adding a third issue in the middle row of the page. The result is a very bland looking house ad that promotes the upcoming release of the giant-sized issue of Superboy #174 that went on sale on March 9th in 1971, and Teen Titans #33 that went on sale March 18th. According to Mike's Amazing World of Comics, DC would have had Batman #231, Our Fighting Forces #131, and Young Love #86 all hit stands on March 11th, 1971, in between the other 2 dates on the House Ad. Perhaps a promotion for one of these titles was supposed to fill the void in the middle of the page in that slot but somehow didn't make it in before the issue was sent to press? 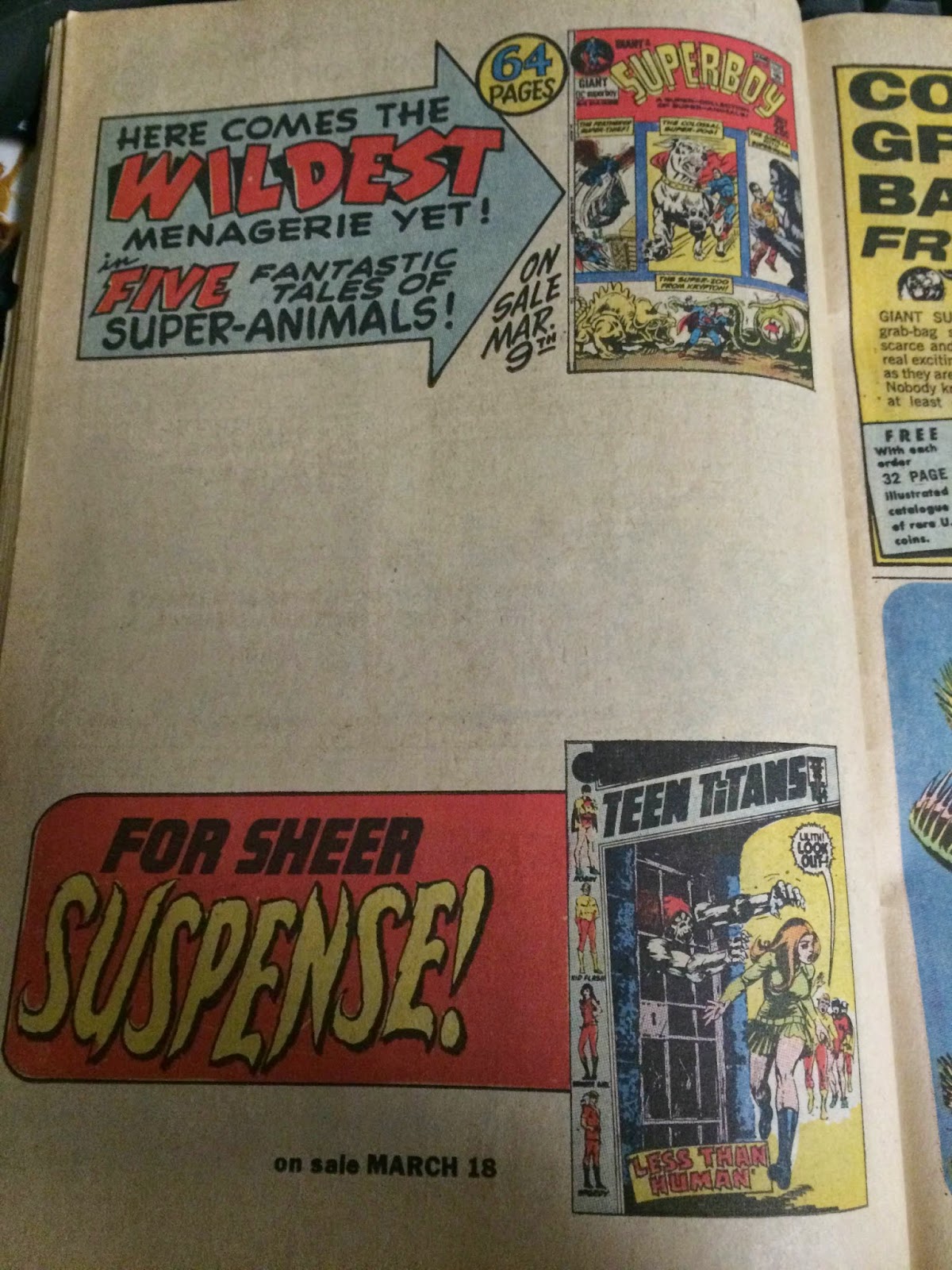 Be sure to check back often, as new content will be published more regularly, and be sure to tune into Episode 009 of King-Size Comics Giant-Size Fun, where I'll be reviewing Giant-Size Captain America #1!